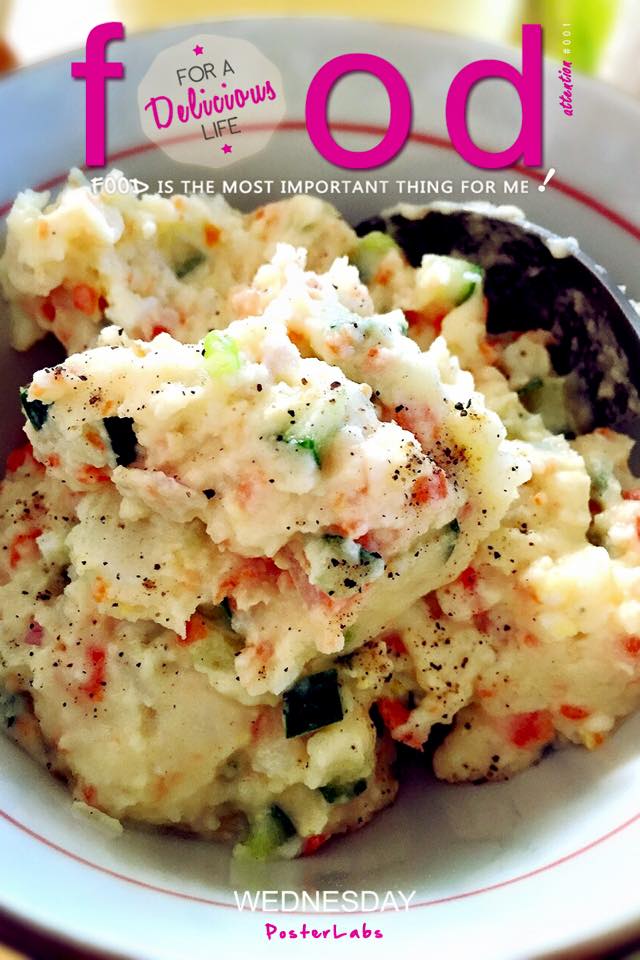 Method
Cut the cucumber into strips and cubes. Boiled the egg in 12 minutes, take out and put in cold water, peeled off the shell and chop into pieces. Peeled and cut the potato to slice and put into the water just enough to cover the potato. Put some salt. Boil for 20 minutes or until cooked. Once done take out and use potato masher or fork to mash it. Put the carrot into the same pot boiled until cooked. Add all the above ingredients into the mashed potato together season with the salt, pepper, honey and mayo. Mix and combine throughly. Serve in both way, either straightaway or after chilled.
Potatoes & Yams Salad